The continent of Europe has brought about tremendous changes in the course of architectural history by introducing various impressive styles. Different historical periods witnessed variable amendments which summed up to be the present day French Architecture.

The continent of Europe has brought about tremendous changes in the course of architectural history by introducing various impressive styles. Different historical periods witnessed variable amendments which summed up to be the present day French Architecture. Ultimately, most parts of Europe gladly embraced this style in their construction, keeping in mind the implied design value and climatic considerations.

The colour tones that define French architecture and interiors are often soothing palates such as white hues and a variety of pastels. A spread of blissful ivory may be enhanced by a whiff of pastel sea blue tint, elaborating the decorum as a highly sophisticated palette. The overall impression is that of a luxurious stretch, with well defined functional spaces highlighted promptly. Winding stairways, subtle fireplaces, antique woodwork, gleaming accents and a well stocked kitchenette that point towards the practical utility, are some of the endearing features of this style.

Right from humble farmhouses to the most magnificent princely chateaux, a wide spectrum of structural details are encompassed in the category of French homes. The French castles are washed in voluptuous rustic wooden dispersed all across, combined with elegant European architectural detailing, such as tall louvered shutters. This style endorses features such as walls that made of brick or stone, at times, exposed; or often, are smoothly plastered to perfection. Hip roofs are frequently employed, with most of the structures being two storied.

Some prominent features of French Architecture include spacious galleries, widely expanded roofline, light wooden columns supporting the gallery roofs, placement of important rooms at distinct levels( at times a full story), a construction technique that amalgamates heavy timber frame incorporating chinking (a mixture for infill made of brick and/or mud) or Bousillage (a mixture of mud, moss and animal hair) and of course, numerous French doors. 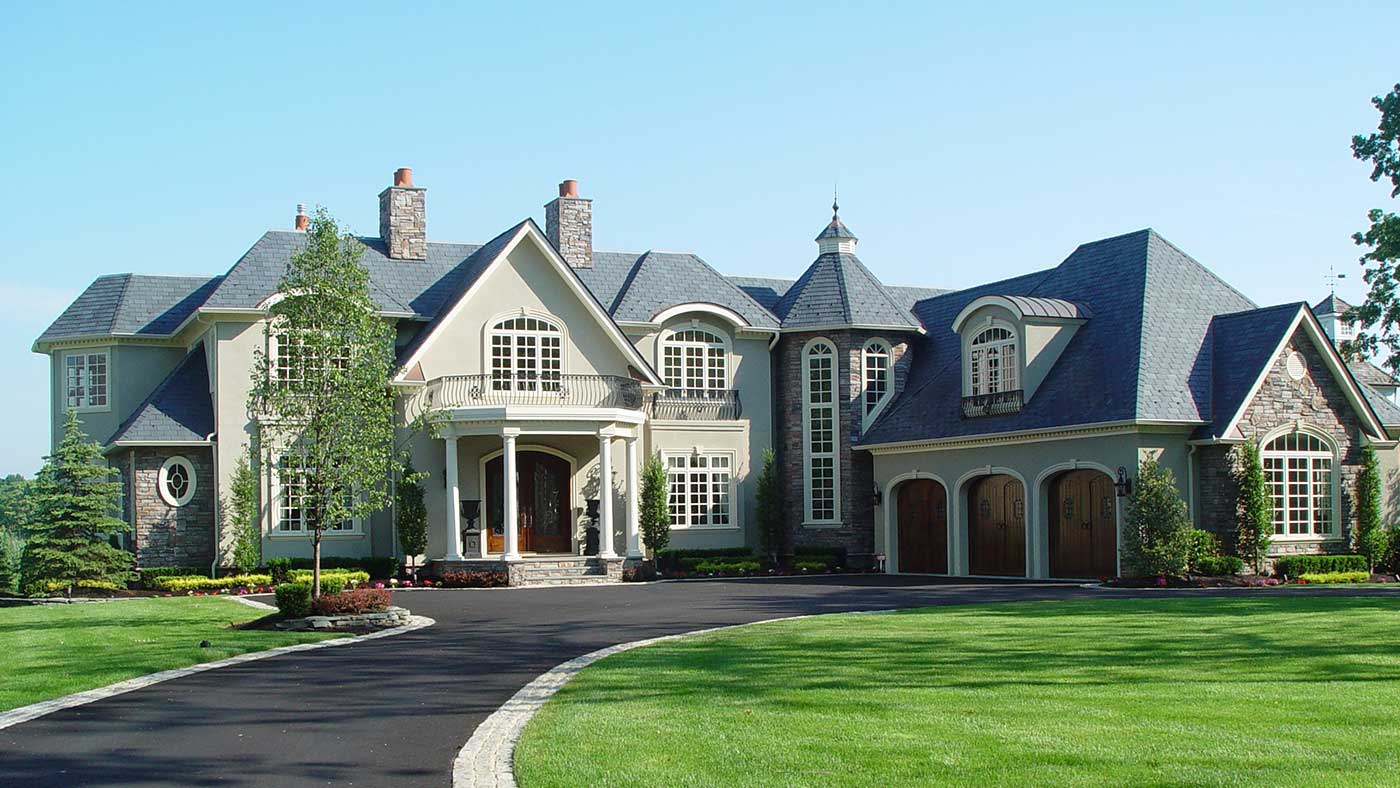 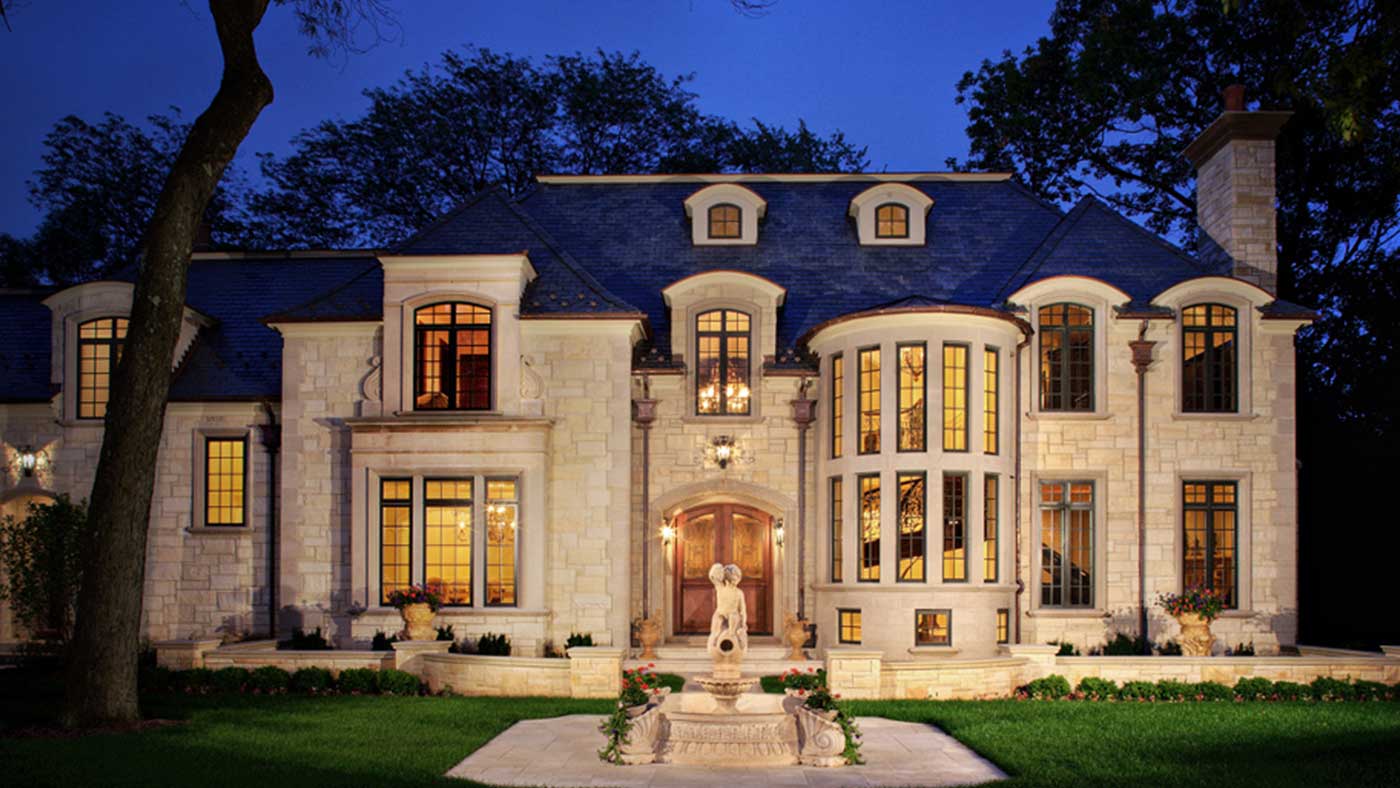 The essence of French architecture and interiors lies in its sheer elegance, which steers clear of opulent exhibition, yet manages to make a huge impression in the eyes of the observer-all the while establishing serenity in its premises.

The present day England proudly lives in the glorious historic architecture left at large, by the historic Kingdom of England. That combined with buildings expressing British influence or constructed by British architects in other parts of the world, especially in the English and subsequently later British colonies and parts of British Empire which gradually developed into the Commonwealth of Nations, describe the whole of English architecture. Initially, the original Anglo-Saxon Architecture was widely prevalent, after which the major forms of non vernacular architecture widely practiced in England in the 1900’s originated somewhere in Western Europe, mostly in France as well as in Italy. However, the 20th century Modernist architecture has its origins in both English and American structural influences. Each entity mentioned above, blended with native English architectural concepts, thereby giving rise to different local implications and creations, paving the way to unique national architectural forms. With English architecture, there is no established clear timeline that was followed by the many periods and styles existent back then. Of course, as a result, the struggle to detangle the overlapped guiding philosophies and corresponding styles, continue to date, made difficult by the fact that many of these might have been prevalent at multiple places over similar period of time, yet the exact demarcation for new trends remain complicated.

An important contribution of earliest English period has been the development of the typically pointed Lancet Arches. The doorways, the nada arcade and the lancet windows, all were uniformly supplemented with lancet arches. A distinguishing feature of the lancet windows is its comparatively narrow width (as compared to height) and it is without much of tracery. Nevertheless, Lancet arches, to this date, continue to be associated with style.