A modern interior endorses simplicity and clean, smooth lines that
define the interior finishes in an enclosed space.

Modern interior design, as a style, emerged from the modernism era and has been popular for commercial designing since decades. Though it may not attract one and all, yet the simplicity and clean, sharp lines that dictate a modern interior gradually developed ardent admirers in its outlines, making it a strong selling point for properties. The buyers appreciate the sense of aesthetics this trend transmits to an interior.

Modern interior, to a great extent, relies on form. It makes the most of geometric shapes, including rigid squares and rectangles, as well as smooth, even curves. Perfect circles and ovals are also made use of while planning for a modern interior, in case the space presents a scope. The focal points that enhance the value of a modern interior are scattered as a few decorative accessories that seem to interrupt the smooth, continuous lines and flat surfaces.

Since industrialization was a big factor in shaping up modernism, its products were the initial materials that were widely used for designing, such as glass and steel. The glossiness and sheen of these materials underline the otherwise spreading tones of a modern interior. To this date, they are considered as the signature materials in modern interior spaces. Other materials like wood and plastics may be used; however, the former is often camouflaged with paints to conceal the wooden grains underneath. Some designers sparingly use natural wood to provide naturally balance the overwhelming presence of man-made materials and shapes. The metals may be featured as any element- as the legs of dining table and chair set, or as a light fixture or as a simple curio. Many designers utilize glass and plastic to achieve fluidity and smoother finish in modern interiors. 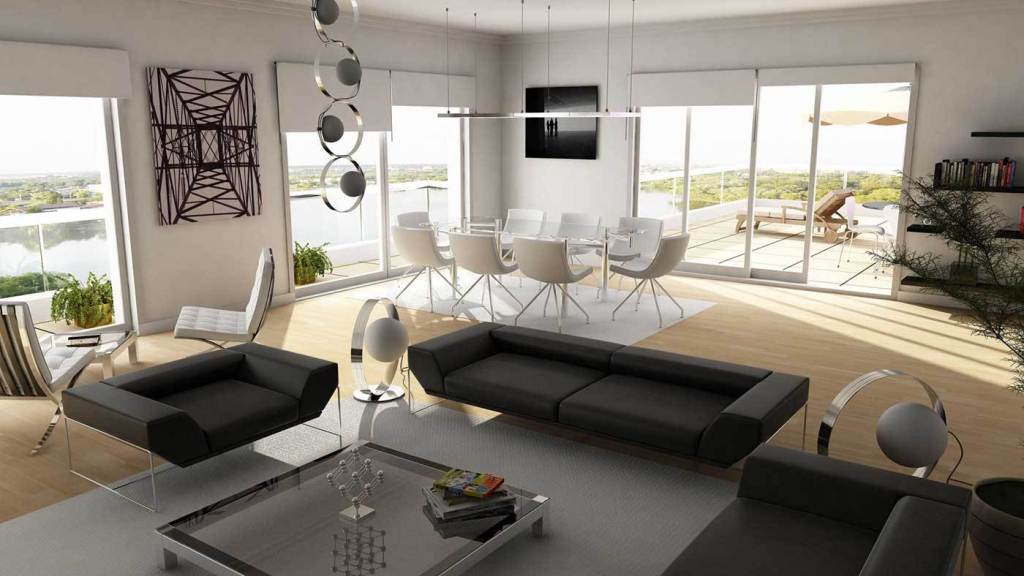 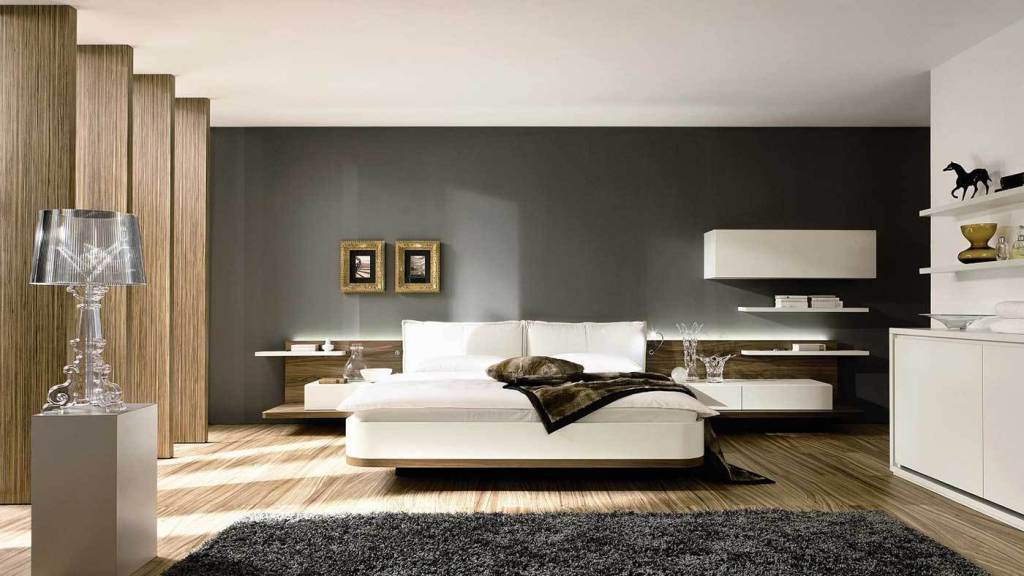 The flow that is observed in a modern interior denotes minimalism in motion. The philosophy of “less is more” is particularly followed, resulting in more open spaces in interiors, as compared to closed spaces. However, the fewer elements in interior make sure to demarcate the spaces according to the desired function and/or aesthetic. Modern buildings tend to move away from the grandeur and regal nature of traditional and historic buildings; yet their asymmetrical simplicity seals their distinct stature on the property they stand.

Elegance and class are seamlessly associated with modern interiors. One of the main reasons is the neutral colour palettes than designers employ, such as white, mainly for walls and ceilings that create the illusion of open spaces. They make clever use of flooring by generally using stripped floorings to impart natural grace. All these elements ensure that the entering rays of light illuminate the interiors to their brightest possible tones. In notion of supporting this phenomenon, the windows are usually constructed as large, running glass strips and open floor plans are applied wherever possible. The large tables, comfortable sofas and armchairs with raised legs end up contributing to the feeling of “open” interiors.

The components of a typical modern home ideally includes calming tones such as white, cream, ivory, brown or grey. The walls and/or floors can be insulated by using materials such as cork and rubber, or even plain cement and finished with neutral colours. The soft furnishings generally adhere to the neutral tones.

The use of Colour is minimal, often for creating a point of emphasis. It can either be placed in isolation or can be exhibited as in a piece of sculpture or wall painting. At times, one or two primary colours such as yellow or red may creep in, otherwise earthy tones such as terracotta orange or even plain orange hue is applied, albeit carefully, in the form of modest accessories such as books, ceramics and wooden products.