The Open Gateway to Eternal Knowledge

Markaz Knowledge City: A Treasure In The Making

Mr. Darvish Kareem Mohammed, the chief architect behind the construction of the main entrance gate ‘Bawaba Jamia Al-Markaz’ which means ‘The gathering gate of Markaz’, envisaged a proposal ideal for the knowledge city. Architectural brilliance and creative use of the symbols, marks out the gate of Jamia Markaz and makes it unique among its own kind. The entire structure is filled with meaningful themes and representations. It owes a great philosophy of knowledge.

The Markaz gate of knowledge is one of the biggest steel gates in India. It was constructed in the year 2016 and was inaugurated on January 30th 2017 by the honorable Padmashri M. A.Yousuf Ali, Chairman and Managing Director of Lulu International Group. The gateway is thought to be a perfect blend of myriad traces of Islamic intellectual history and heritage as you can bear witness with careful gaze.

The Markaz gate is located at the forefront of Jamia Markaz, Calicut in the Indian state of Kerala. It allows entry and exit to hundreds of people every day. It is a symbol of knowledge and signifies education. It provides as an entrance for hundreds of students studying at the Markaz School. The steel gate also serves as an important landmark to the city of Karanthur in Calicut as it is said to be one of the biggest in the whole of India.

The gate represents the hands of hon. A P Aboobacker Musliyar, Chancellor of Markaz, holding the book of eternal knowledge and supported by a stack of books on both sides. 35 Tonnes of steel was used in the making of the gate and took nearly six months for its entire construction. The enormous gate stands unique and is a main attraction in the city.

The treasure of knowledge cannot be constrained within the border walls. Its glory must be viable for all like rain, wind and light that touches the earth without any disparity. So as should be knowledge. It is this divine vision that led to the creation of the main entrance gate without doors. While the world is busy constructing closed walls, Markaz stands apart understanding the fact that closed wall further creates problems. The open gate also suggests the fact that true and transparent knowledge could revolutionize the world, and Markaz, which has been instilling knowledge for nearly four decades, cannot have a better gateway than this.

Through books comes knowledge and, through them are they disseminated. It shapes the civilization and leads the mankind. The two pillars built at the end of the gate are constructed in the shape of the pile of books kept one above the other. The pillar it the center signifies the greatness of hard work. And above them is an open book built in the form of an arch. The developments gained from knowledge in the form of buildings and other structures are placed over it making the structure a unique blend of traditional and modern thoughts. The structure also represents the Islamic knowledge, its integrity and principles which is inseparably connected with Markaz that also resulted in the creation of innumerable civilizations. All cultures and civilization happened in the earth is the result of constant search for knowledge.

Art and architecture unify with the human soul when it can easily convey the meaning that it carries. The meanings embellished in the design and its perfection in creation made Markaz Knowledge City Entrance a splendid work of art and architecture.The gate built in steel coated with……. makes everyone who passes through it view it with a delightful admiration. When education becomes more are more a business activity in India, the underlying meaning that the open gate to knowledge possess a greater social responsibility too. Thematic architectural work did by Darvish is exclusive in the sense that not much of it is tried in building the entrance gates. 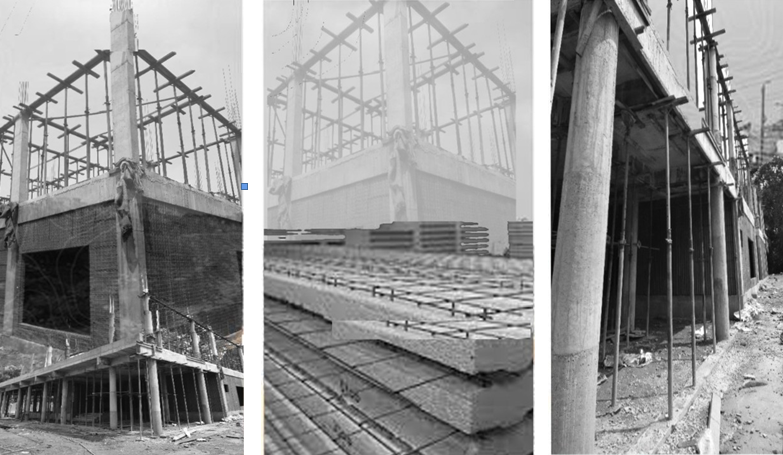